The Emirates Stadium designed by HOK Sport, the winner of the stadium design contest of 2006, is the object of £430 million investment. The stadium has started its operation during the 2006-2007 football season and was officially opened on 26th of October 2006.

HOK implemented the plan of building the stadium at a 7.8-acre park with the public access. The secure area is located inside of the building allowing to free up the outside area for the public usage.

The shape of the building is of an ellipse, that allowed to minimize the noise level coming from the stadium and the impact of artificial lighting. 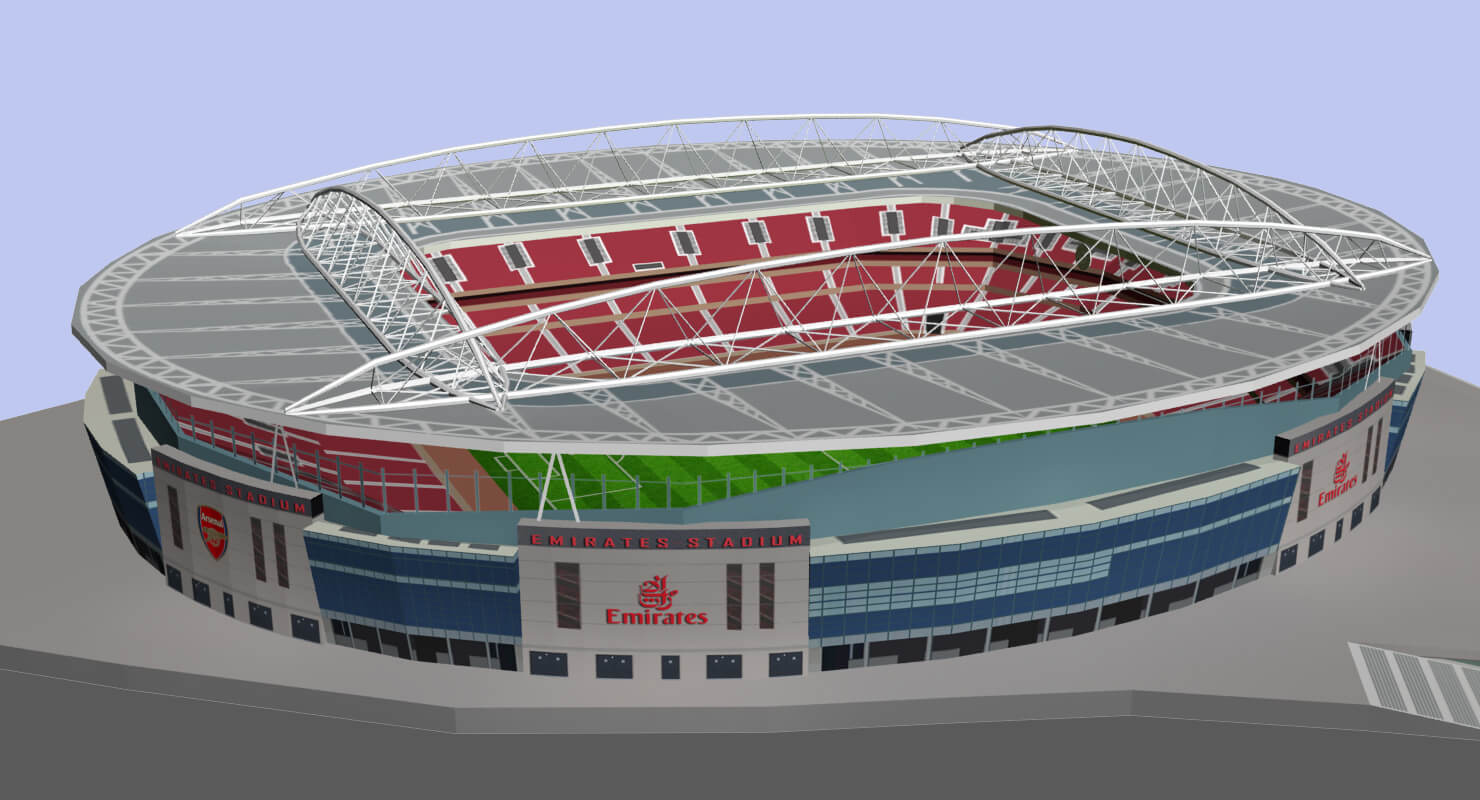 To highlight the force of the team and to give it an attractive illustration, HOK decided to use the steel and glass as the main materials during construction, therefore, the stadium shines in the sunlight and glows at night. After signing the contract with Sony, Emirates Stadium became the first stadium to be equipped with two HDTV screens.

The stadium pitch is regarded as the largest in the Premier League and is 105 meters × 68 meters in size with the total grassed area of 113 meters × 76 meters. The players' tunnel, as well as the dugout, are located on the west side of the stadium. The stadium is capable of hosting 9.000 spectators- 5.500 in the lower tier and 4.500 in the upper one.

Having a dramatic curved shaped, the stadium does not have a roof over the pitch, that allows imitating the sense of freedom and open space. The stadium shape reminds the compass as the north, south, west, and east points of the building are rising higher than the other. 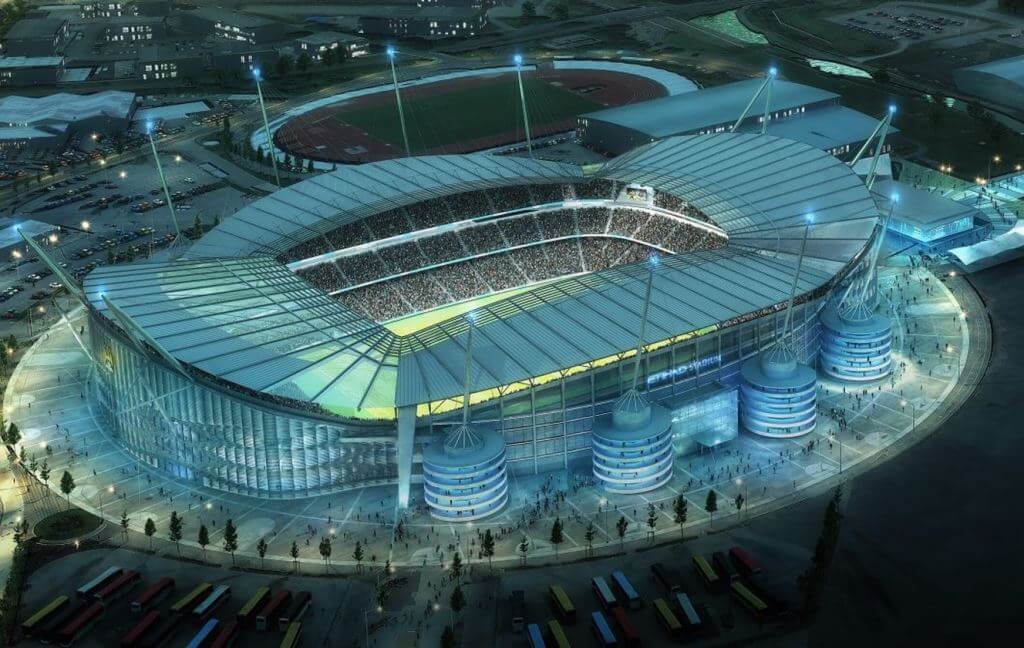 Around 15.000 square meters of double-glazed units were used during the construction process. Reglit Glass Architecture was the main supplier of the glass panels for the storefront and megastore buildings.

Above the podium of the stadium, there are several luxury restaurants, houses, and lounge areas that offer a view both onto the pitch and outside.